To start, real Himalayan salt lamps are made from Himalayan salt crystals from the western side of the Himalayan Mountains in the Punjab region of Pakistan.  It is then either carved into a beautiful salt lamp or ground up to use as table salt.  Depending on the mineral concentration in the Himalayan salt, its color can range from light pink or pink with an orange hue.

(This page may contain affiliate links which means I may earn a small commission at no extra cost to you.  You can read my full disclaimer policy here .)

If you want to skip all this and just want a Real and Authentic Himalayan Salt Lamp NOW, you can check out this one here or this one here!

Now you may be thinking, ions?  What?  I thought we were talking about salt lamps?  Well, Himalayan salt lamps are said to produce negative ions!  So, in case you don’t remember what ions are, let’s go back a to science class for a sec.

Ions are invisible charged particles in the air, either molecules or atoms, which bear an electric charge.  There are positive and negative ions.  The difference between the two is, positive ions are molecules that have lost one or more electrons whereas negative ions are actually oxygen atoms with extra negatively charged electrons.  Okay done with the science part!  Now, you may be a bit confused and probably thinking, so what’s the big deal if Himalayan salt lamps produce negative ions?

While it may be true that Himalayan salt lamps produce negative ions, it’s only in small amounts.  The highest amounts of negative ions are found outside in nature!  The best places to find them are on beaches, at waterfalls, in the forest, and when it’s raining or storming.

Being exposed to negative ions may help increase blood flow.  When you have a healthy blood flow it helps get oxygen and nutrients throughout your body.

With everyone constantly on their computers, cell phones, tablets, and TVs, electromagnetic radiation (EM) is constantly being released into the air as well as positive ions.  Being exposed to all these positives ions can cause higher inflammation levels, chronic pain, stress, depression, anxiety, mood swings, and worsen allergy symptoms.  Since negative ions cancel out positive ions, placing a Himalayan salt lamp in the room may help neutralize the positive ions in the air and reduce their harmful effects on the human body.

4. Reduces Static Electricity in the Air

Too much exposure to positive ions can result in poor performance and concentration.  This can cause issues during work, studying, difficulty remembering, and can make it harder to think clearly.  Since Himalayan salt lamps give off negative ions, having one may help increase concentration and performance.

7. Purifies, Cleans, and Deodorizes the Air

Now water vapor that is present in the air can carry things such as mold, bacteria, allergens, and other pollutants.  So for Himalayan salt lamps, the theory goes, when the water vapor gets attracted to the salt lamp these substances that are trapped inside the water vapor are also attracted to it.  Then the heat from the Himalayan salt lamp dries out the water leaving the particles attached to the salt lamp hence removing them from the air.  Cool, huh?  But make sure to wipe your lamp off every so often to get the impurities off!

Substances like dust, mold, and pet dander can set off allergies and asthma symptoms.  Himalayan salt lamps though are said to help filter the air from allergens which may help lower allergy and asthma symptoms!  It’s said to be so effective that some companies even manufacture Himalayan Salt Inhalers for purchase like this one here.

In addition to Himalayan salt lamps filtering the air for better breathing, negative ions have been said to have a positive effect on Cilia.  Cilia are hair-like projections that help clear our airways from mucus and debris.

Being exposed to too many positive ions can cause irregular sleep patterns.  Having a Himalayan salt lamp on in the bedroom while you’re sleeping may help improve sleep!

Color therapy or Chromotherapy is a type of healing with the objective of trying to heal someone mentally, emotionally, and/or physically with the use of colors.  Himalayan salt lamps project the colors:

You can read this interesting study on Chromotherapy here.

Positive ions can cause stress.  Being under stress can cause insomnia, headaches, low energy, and can cause you to get sick more frequently.  Negative ions though actually reduce stress!  So having a Himalayan salt lamp in the house may lower stress and help you to become less tense.

In addition to color therapy helping with Seasonal Affective Disorder, being exposed to negative ions is said to produce serotonin in the brain which literally creates the feeling of happiness!

14. Helps With Coughing and Other Common Cold Symptoms

Being around too many positive ions can lower the immune system causing more frequent colds.  A Himalayan salt lamp may help relieve coughing and other cold symptoms.

Real Himalayan salt lamps aren’t very bright, so they can make for a great night light!  It’s bright enough to see so you’re not stumbling around in the dark and it’s dim enough to where it’s not bothersome to sleep while it’s on!  Some Himalayan salt lamps even have a dimmer switch so you can adjust the brightness of it like this one here.

Himalayan salt lamps may help promote calmness.  Try putting a Himalayan salt lamp in the room to help you get in a more relaxed state.  Perhaps in a place where you practice yoga or meditation.  It’s soothing colors and mellow lighting may help give it that peaceful feel that you’re looking for!

Not only do Himalayan salt lamps have amazing health benefits but their soft warm hue will look beautiful in anywhere!  In fact, we have one in every room of our home!

This place sells 100% authentic Himalayan Salt Lamps that are high quality and made from Pakistan.

Another one I’ve heard good things about is this Himalayan Salt Lamp here.  It’s real, beautiful, and I’ve heard the customer service is excellent!

(Please keep in mind that I am not a doctor.  I’m only a Mom whose going off of her own experiences and research.  If you’d like to know more you can read my full disclaimer policy here .) 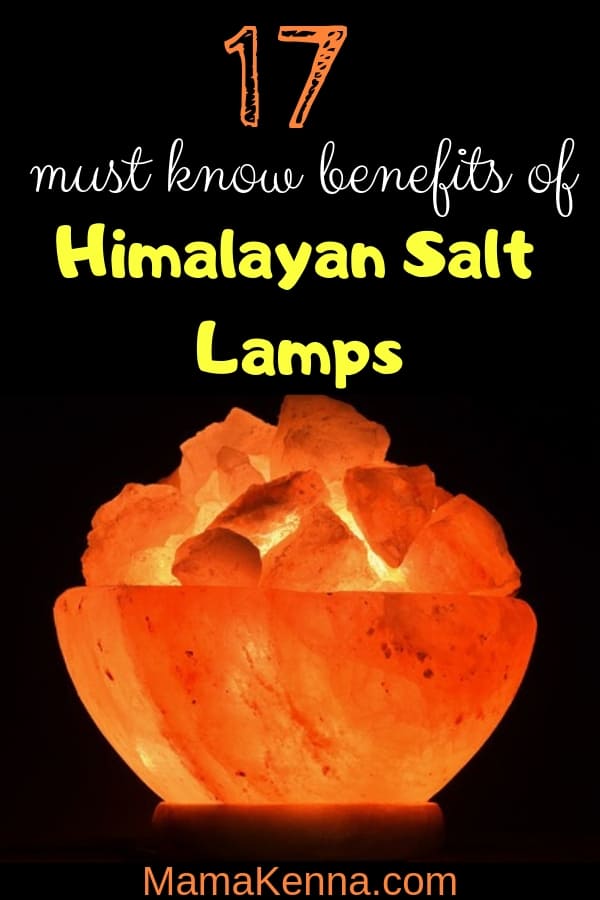 What do you think was the most interesting benefit of Himalayan salt lamps?  Tell me here in the comments!  And if you liked this post, give it a share!  Thank you! 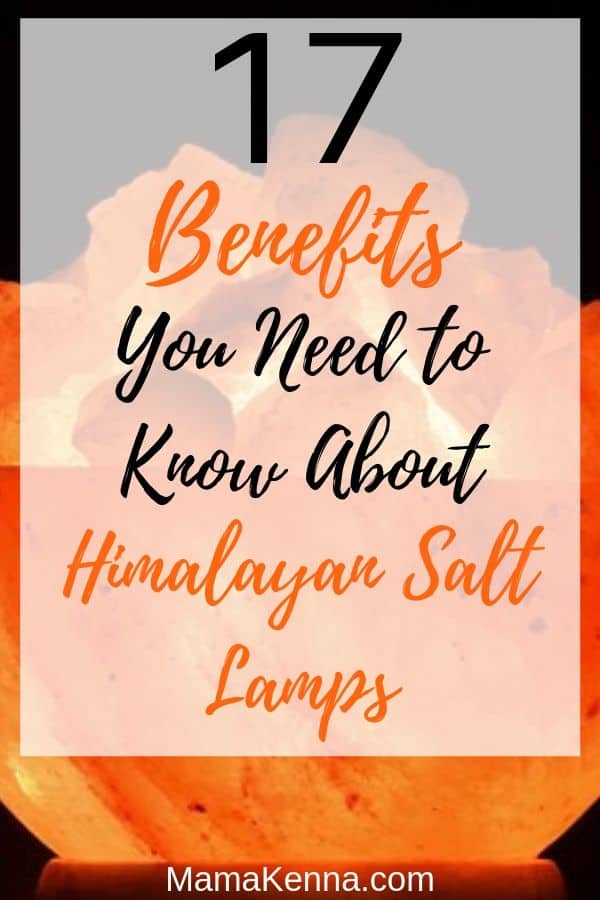 This site uses Akismet to reduce spam. Learn how your comment data is processed.

We are a participant in the Amazon Services LLC Associates Program, which is an affiliate advertising program designed to provide a means for sites to earn advertising fees by advertising and linking to Amazon.com.  As an Amazon Associate, I earn from qualifying purchases.

Any cookies that may not be particularly necessary for the website to function and is used specifically to collect user personal data via analytics, ads, other embedded contents are termed as non-necessary cookies. It is mandatory to procure user consent prior to running these cookies on your website.